Ovarian cysts: are they dangerous?

25 Jan Ovarian cysts: are they dangerous? 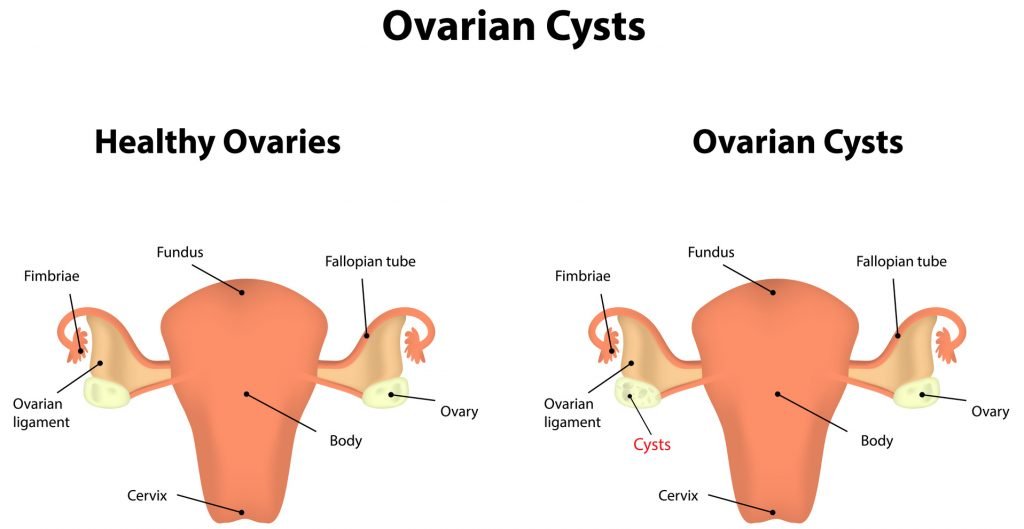 Are ovarian cysts dangerous? Generally, no. But some cysts that grow on the ovaries can affect your fertility and conception chances. Others, when combined with fertility drugs, can be a serious risk to your health.

Ovarian cysts are fluid-filled sacs. You may not realise you have them, but they’re quite common. An ultrasound scan provides the diagnosis. Ovarian cysts usually appear in your childbearing years. That’s when the hormones in your ovaries are in overdrive. They grow your follicles, release your eggs, and generally act as the control centre of your reproductive system.

But sometimes an egg isn’t released. Or the follicle that contained the egg doesn’t dissolve as it should. This can lead to the most common ovarian cyst of all: the functional (follicular) cyst. These don’t usually need treating. They may disappear. And they won’t stop you getting pregnant. (A recent study on the aspiration of functional cysts prior to IVF said there was no point.)

Ovarian cysts sometimes bleed or rupture. That’s when you’ll notice them. If you feel pain in your lower abdomen or back, see your doctor to rule out the small chance of something sinister, like ovarian cancer. Other warning signs are urination problems, weight gain and abnormal menstruation.

But don’t panic. It’s much more likely you’ve got harmless cysts. Big ones cause bigger problems, especially if they interfere with ovarian blood flow. If that’s the case, surgery may be necessary.

Other types of ovarian cyst include the luteal cyst – a secondary form of functional cyst full of blood, not clear fluid. Then there’s the dermoid cyst, created from the cells used to create your eggs. Dermoid cysts contain blood, fluid and particles of bone and hair.

Finally, there are cystadenomas, formed from cells on the outside of the ovary. Mucinous cystadenomas are the ones to watch. They can be very large and put pressure on the bladder and bowel.

Most ovarian cysts are benign and trouble-free. But if you have endometriosis or PCOS, watch out. Endometriosis can cause blood-filled cysts on the ovaries called endometriomas. These, like endometriosis itself, can affect your fertility. They’re sometimes called chocolate cysts.

PCOS itself refers to a cluster of cysts from several underdeveloped follicle sacs. These can affect your fertility too. And fuelled by IVF medication, PCOS can sometimes lead to OHSS, a potentially fatal condition. If you have PCOS, your fertility clinic will take special care. These ovarian cysts need to be watched.

So that’s our summary of ovarian cysts. The majority won’t affect you. Some will need medical intervention. As a minimum, scan your reproductive organs at least once a year. It’s the best way to keep your ovarian cysts where you, and your doctor, can see them.