Our fertility difficulties came as a real shock to us, after the very best and very worst times of our lives. We are hugely blessed with a beautiful daughter, Eve, conceived naturally and born in 2013.

However, in August 2015, after conceiving naturally again, and the joy and excitement of preparing for our new arrival, we were utterly devastated to lose a perfectly healthy baby girl at 20 weeks gestation. In the months and years that followed, we had several chemical pregnancies, each of which raised our hopes and then quickly dashed them again.

In April 2017, we finally had good news. I was pregnant and we saw a heartbeat at seven weeks. Our delight turned to despair once again, when at 14 weeks we learned that our baby boy had been growing abnormally and had died, which we later discovered was due to  a chromosomal disorder. We couldn’t believe it had happened again, albeit under different circumstances.

We were advised that our ‘secondary infertility’ was almost certainly due to my advancing age (I was 44 at this time) and therefore down to poor egg quality. Paul and I met in our thirties, as he neared the end of his career in the Royal Navy, and I worked as a primary school teacher. With hindsight, I think I had been so busy teaching the children in my care that I left it rather late to start my own family.

In the summer and autumn of 2017 we underwent two cycles of self-funded IVF at our most local clinic, firmly believing that this would be the way we would successfully add to our little family. We didn’t even consider using donor eggs at the time, as we genuinely thought we could succeed with my own. Sadly, I only produced two embryos in the first cycle, both of which were PGS tested and found to have multiple and complex abnormalities.

The second cycle produced only one embryo, which was transferred without testing, and failed to implant. Now we were not only devastated at the earlier loss of our babies, but we also had to face the fact that my own eggs were not going to give us the sibling for Eve that she deserved and we so longed for.

However, we were not yet ready to completely give up on our dream. With no other viable options with my own eggs, I found it surprisingly easy to come to terms with using donor eggs, and I am beyond grateful that this possibility exists. At this point in time we were reeling financially, as we had used all our savings and borrowed plenty more to fund the two failed cycles. We desperately wanted to find a way to fund a cycle of IVF with donor eggs before I got too much older. But we knew we couldn’t afford further treatment in the UK, nor could we afford to wait too long for a donor.

This was the point at which I began my own extensive research into fertility clinics outside of the UK, partly because costs were significantly lower but also because waiting times for donor eggs were much shorter. At first it seemed almost impossible to believe we could do it, as there was so much we didn’t know. How would we get there? How would we plan it to make sure we got it right? Then I found a website called Your IVF Journey – and this was the beginning of our final chapter…

We will always be grateful for the day we came across Your IVF Journey. Becky and Ben gave us exactly what we needed – the confidence to go ahead and seek fertility treatment in the Czech Republic. Everything was made so easy, including communications with the Reprofit clinic itself; advice about where to get tests done and medicines in the UK; and a comprehensive guide for visitors to Brno, with information about flights, transfers, hotels, restaurants and things to do in the city.

The fact that the Saers have been on this journey themselves gives an extra unique dimension to their very personal service, and I can honestly say they are worth every penny of their modest fee. The clinic in Brno is absolutely spotless, and the staff are highly efficient, welcoming and professional in every way.

We are blessed beyond measure that our donor egg treatment worked first time, and our baby boy David  is now nearly a year old. It is an absolute joy to see him and his big sister playing together. Our dream finally came true – thank you from the bottom of our hearts for our happy ending. 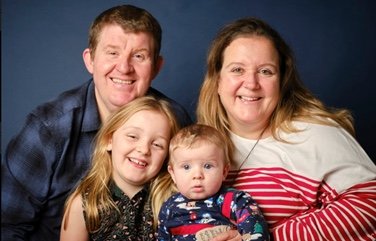 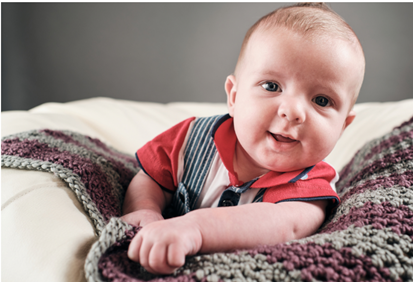 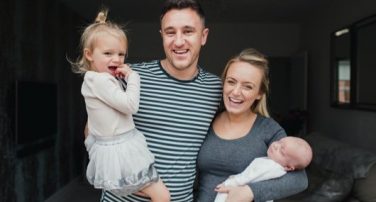 Arranging your low-cost IVF abroad. Your IVF Journey organises every aspect of your IVF overseas. Our patients value the way we help and support them. We regularly receive positive reviews and comments. The Czech IVF clinic, Reprofit International, is one of the top fertility clinics in mainland Europe.