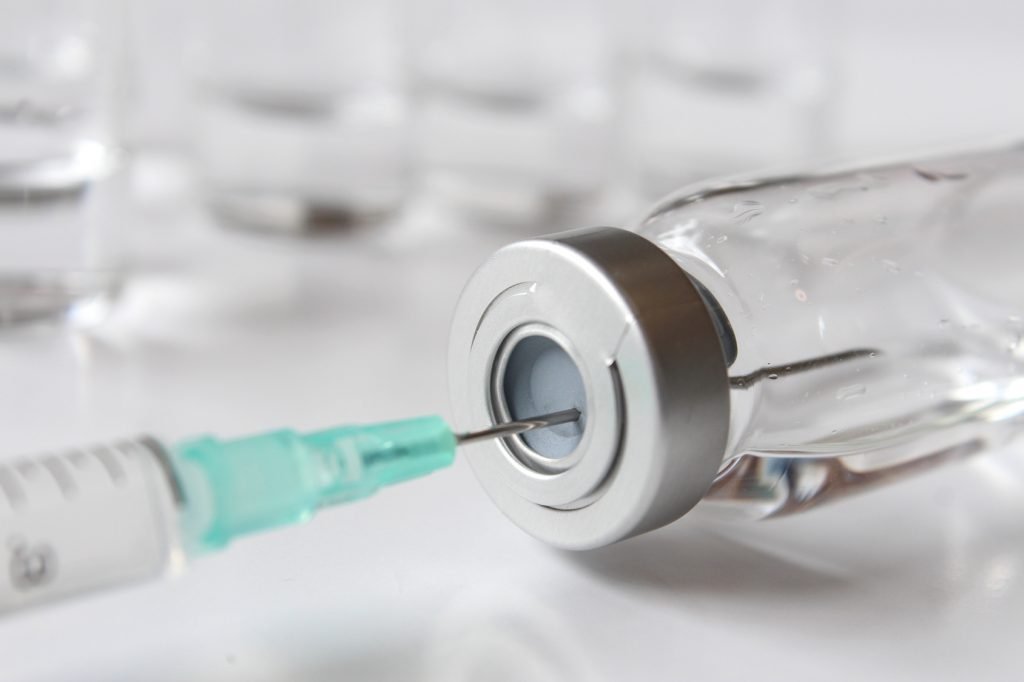 The depot shot. Strange name, but let’s be clear: it’s got nothing to do with warehouses. It’s the single intramuscular injection many donor-egg recipients take during their IVF cycles. Confusion abounds over what a depot shot is, what it does and what’s in it. So here’s our guide to the ingenious workings of the depot shot.

First off, what is a depot shot? Well, it’s a versatile, made-made medication with subtle differences in its ingredients depending which brand you use. Most depot shots contain the active ingredient leuprolide acetate. Others use a similar synthetic hormone that does the same thing: suppress the hormone signal from the pituitary gland to the ovaries.

Depot shots are used in the treatment of endometriosis, uterine fibroids and, interestingly, prostate cancer. Different countries have different drug names. In either 3mg or 3.75mg form, they sit on pharmacy shelves as Lupron, Decapeptyl, Prostap SR, Diphereline, Enanton, Gonapeptyl or Procren. What’s the role of the depot shot in donor-egg IVF? In short, it down-regulates the egg recipient’s ovaries – if she still has ovarian function, that is. Premature ovarian failure means no depot shot is needed. Basically, the donor’s ovaries are in overdrive while the recipient’s ovaries snooze.

The depot shot plays a crucial role in synchronising donor and recipient cycles. It works by reducing the amount of estrogen in the recipient’s body, effectively putting the body into a temporary, quasi-menopausal state. Side effects include mood swings, hot flushes, headaches, nausea, depression and, sometimes, menstrual-like bleeding. But many egg recipients report no side effects.

When to take the depot shot? Your consultant will advise. Timing generally depends where your bleeds occur in relation to your donor’s scheduled egg-retrieval day. Most depot shots are administered on the second or third day of the penultimate bleed before egg retrieval. This is followed a few days or weeks later by estrogen pills to thicken the recipient’s uterine lining and, about two weeks after that, progesterone. The latter makes the lining as accommodating as a luxury mattress from Harrods.

But some donor-egg cycles necessitate a luteal-phase depot shot, taken a week or so before that ‘last’ bleed, and regulating it. With luteal depot shots, you’ll get your bleed about seven days after the injection. That bleed can be helped along by a course of monophasic birth-control pills that typically stop three days after the depot shot.  You start taking your estrogen pills soon after the start of the bleed. The countdown to your donor’s egg retrieval should then fit perfectly with your lining’s receptivity. Confused? Just follow your treatment protocol.

Depot shots for fertility treatments are usually given intra-muscularly into the upper-outer quadrant of your buttock. Don’t try it at home. Use a healthcare professional. The shot has to be made up and administered correctly, and there’s no margin for error. You don’t want to jeopardise your treatment. If you’re having private treatment, ask a nurse at your doctor’s surgery to do it. If you’re really lucky, or have state-funded medical care, they may not charge you for it.

So that’s our summary of the depot shot. It worked for us. We had successful donor-egg treatment and now have our precious daughter. Good luck with your treatment.