Your semen analysis – all you need to know

19 May Your semen analysis – all you need to know 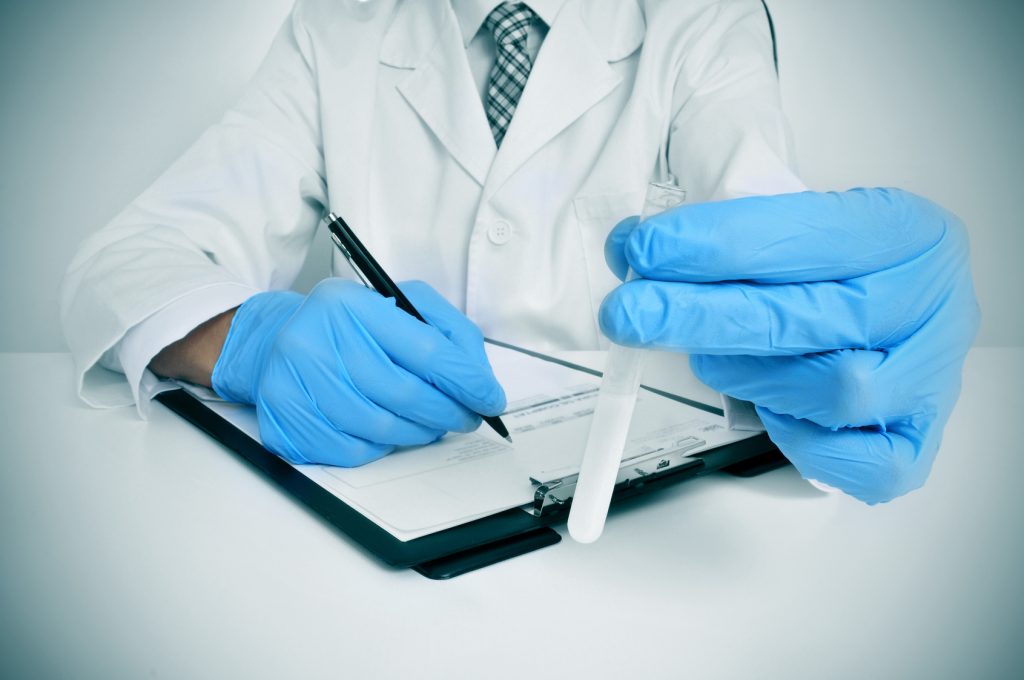 A semen analysis is essential if you’re trying for a baby – conventionally or with IVF. 30 per cent of fertility problems are male-factor. But for a lot of men, providing a semen analysis, let alone understanding the results, is a challenge. So here’s everything you need to know about your semen analysis. And what the results actually mean.

In terms of the big day, keep calm. Giving a semen sample to order, in a forbidding hospital, at eight in the morning, in a peculiarly stuffy room, isn’t thrilling. But try to stay relaxed. You’ll have abstained from ejaculation for two to three days beforehand, maximising motility and count. Abstinence may raise your libido levels, making it easier to produce a sample. Stimulating literature, contrary to popular belief, isn’t always available. You may have to close your eyes and use your imagination.

Your semen analysis will get underway 30 minutes or so after you’ve left the building. That gives the sample time to liquefy, which is when your sperm swim like crazy towards the uterus after sex. A few days later, you’ll get your semen analysis results. These are usually contained in an impenetrable document, littered with numbers and ranges. There should be a summary at the bottom of the report. You’re looking for the word ‘normal’.

Let’s assume your semen analysis document is baffling. The chances are high. What does the breakdown mean? Volume, liquefaction, PH, motility and morphology? We didn’t know what the numbers meant either. Or their relevance to fertility and pregnancy chances. So here’s the lowdown on the five key results in your semen analysis.

Volume in a semen analysis is the amount you produced in the sample. The standard reference range is 1.5 to 6.5 ml. Less than 1.5 ml may mean your abstinence wasn’t long enough. Or that part of your ejaculate may not have reached the specimen pot (it can happen – aiming is harder than you think). Or you may have sexual-gland issues, such as a prostate problem or a blockage of the seminal vesicles. The latter means no sperm due to obstructive azoopermia – a common condition after vasectomies or vasectomy reversals. Conversely, big volume doesn’t mean great sperm. Anything over 6.5 ml might also indicate a current or past infection.

You may have been concentrating while producing your sample. But that’s not what this refers to. Concentration in a semen analysis is also known as count, or density. It’s the concentration of sperm within the whole sample, not the actual number of sperm. A score of 15 to 200 million/ml is normal if the total number of sperm is more than 39 million. Anything less than 15 million/ml is assigned another catchy German title: oligozoospermia. Sperm counts are dropping around the world. But a score between 20 and 40 million/ml is perfectly acceptable.

Your motility score within a sperm analysis is the percentage of sperm that are moving. Many stand around, idle. But if more than 50 per cent are moving, that’s a great result. Anything over 32 per cent is fine. Less than 32 per cent means reduced motility. Remember, you can have lots of sperm but poor motility. Or low concentration but high motility. You can also count the number of motile sperm, though not all semen analyses will show this. Eight million of them would be pretty good. Reduced motility? Here’s another German term for you: asthenozoospermia.

Progressive motility fine tunes your motility score. This is the number your doctor, or ICSI-hungry embryologist, wants to see. It’s the percentage of your sperm that swim rapidly, in a straight line. Progressive means impressive. Look out for a further refinement in your semen analysis: motile sperm concentration (MSC). That’s the number of sperm with progressive motility, measured in millions/ml. Only top-of-the-range clinics provide this.

Morphology means shape. Sperm come in all shapes and sizes. Less than 20 per cent of normal forms is a reduced score (teratozoospermia). But four per cent, or even less, can still lead to a successful ICSI intervention. 20 to 30 per cent is normal. Above 30 and you’re home-free. Ask to see functional sperm concentration (FSC): that’s the number of progressive sperm that are shaped normally. The most loyal soldiers of all.

A semen analysis can be different after two consecutive tests, even at the same clinic. If you’re worried about your sperm quality, small changes make a big difference. Stop smoking. Reduce alcohol. Eat a better diet, rich in green vegetables and fruit. Stay active. Reduce stress. And take a vitamin and mineral supplement. Zinc and selenium are important, but it’s easier to take a daily Wellman pill.